Gab.com is an alternative to Twitter. Ever since Gab.com was first launched, the mainstream media have slandered the website, by calling it a far-right social network that’s a haven for hate speech. This couldn’t be any further from the truth. Gab.com is a social network site that encourages free speech, that includes unpopular opinions. There are people on that website from all across the political spectrum.

One of the users was the Pittsburgh Synagogue Shooter, Robert Bowers, who killed 11 people and injured several others at the Tree of Life synagogue.

Hours before the shooting, Bowers posted on Gab.com, saying a non-profit that helps refugees relocate to the country was helping to kill “my people.” Considering that Gab is a growing website, it’s possible that the administrators were unable to take down the content immediately. Yet, GoDaddy, PayPal, and Stripe, and Joynet decided they no longer wanted to do business with Gab. Meanwhile, people post hate speech on other social networks almost every day. However, none of these social networks met the same fate as Gab.com. (source)

Gab.com shutting down affects me, because I use that site to promote my business. The good news, though is that Gab.com is back online.

Looking for an easier way to invest money? Then try Lending Loop. 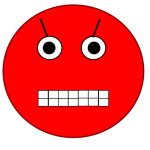 Newfoundlanders Have Taken TikTok By Storm

Are you putting yourself in danger by talking about politics online?

Who would benefit from writing a blog?

← Why My Blog Failed